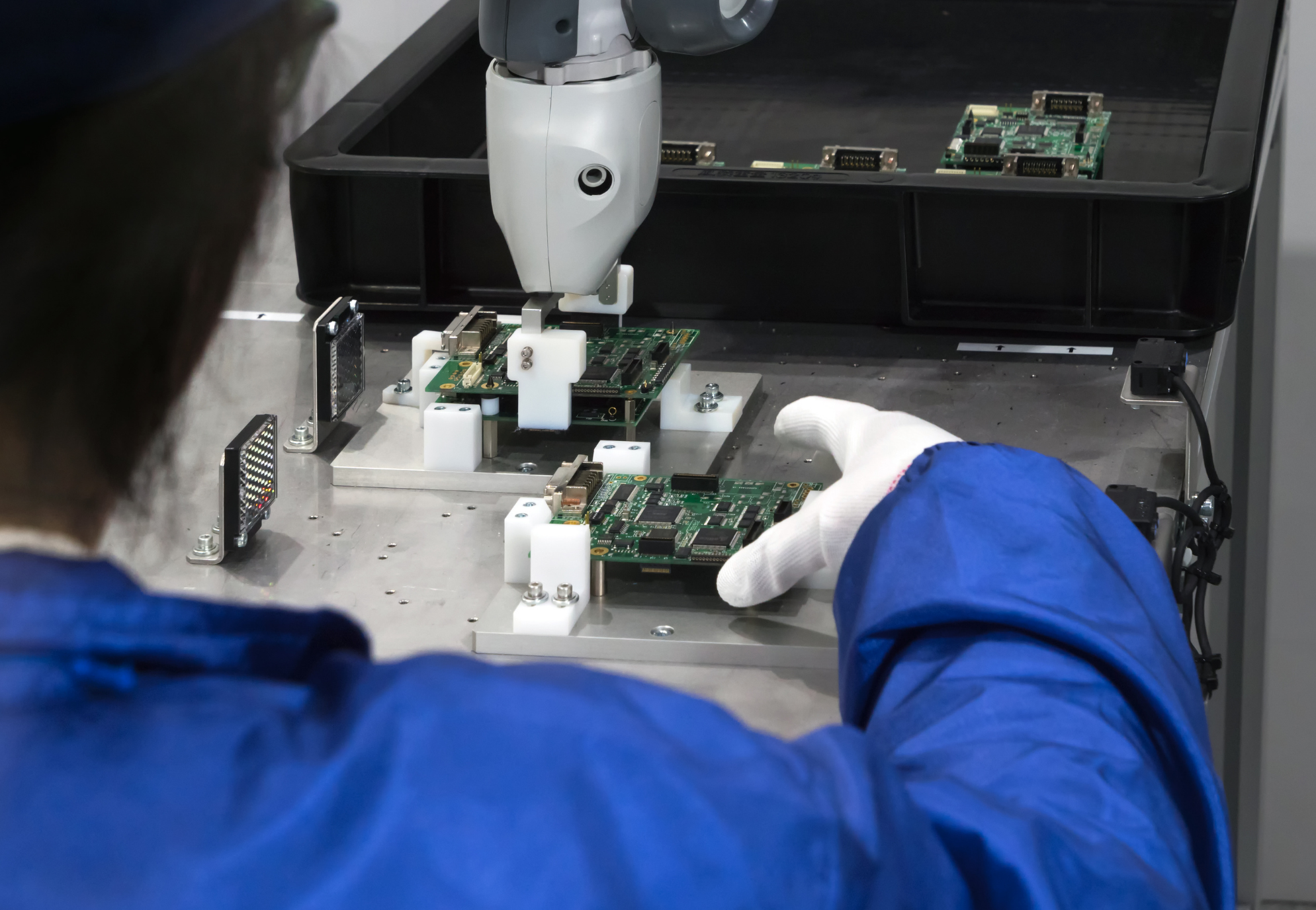 Let's be honest here, one of the most important aspects industrial users look for when purchasing a cobot is ease of use - essentially simple programming. That is a really important criteria to consider.

Whether in the case of being a proficient cobot programmer or a new cobot user, naturally, one would prefer to know which is the most efficient method available.

Cobots are created and designed with ease-of-use alongside human employees in mind. Cobots are most marketed and often sought after for its particular ease of programming. It is not only an attractive feature for new cobot users but it also provides established cobot users with reduced programming time.

If this is the scenario, the most advisable solution would be to utilise offline programming methods. It is straightforward and consumes the least amount of time to configure and design your use-case.

3. Availability of all of the Cobot’s Functions:

For this use-case situation, it is recommended to use the available programming methods that are provided by the manufacturer itself.

This brings about the next point, in respect to practical applications in any cobot friendly industry, there are two categories for cobot programming. Henceforth the main question is what are the types of cobot programming methods that exist and how to do so? It is as follows:

Online programming revolves around stopping the cobot from its general production work. From that point onwards, switching it to the option of ‘programming mode’. This allows the user to create, craft and update the program whilst the cobot is online.

These are some available options for online programming: 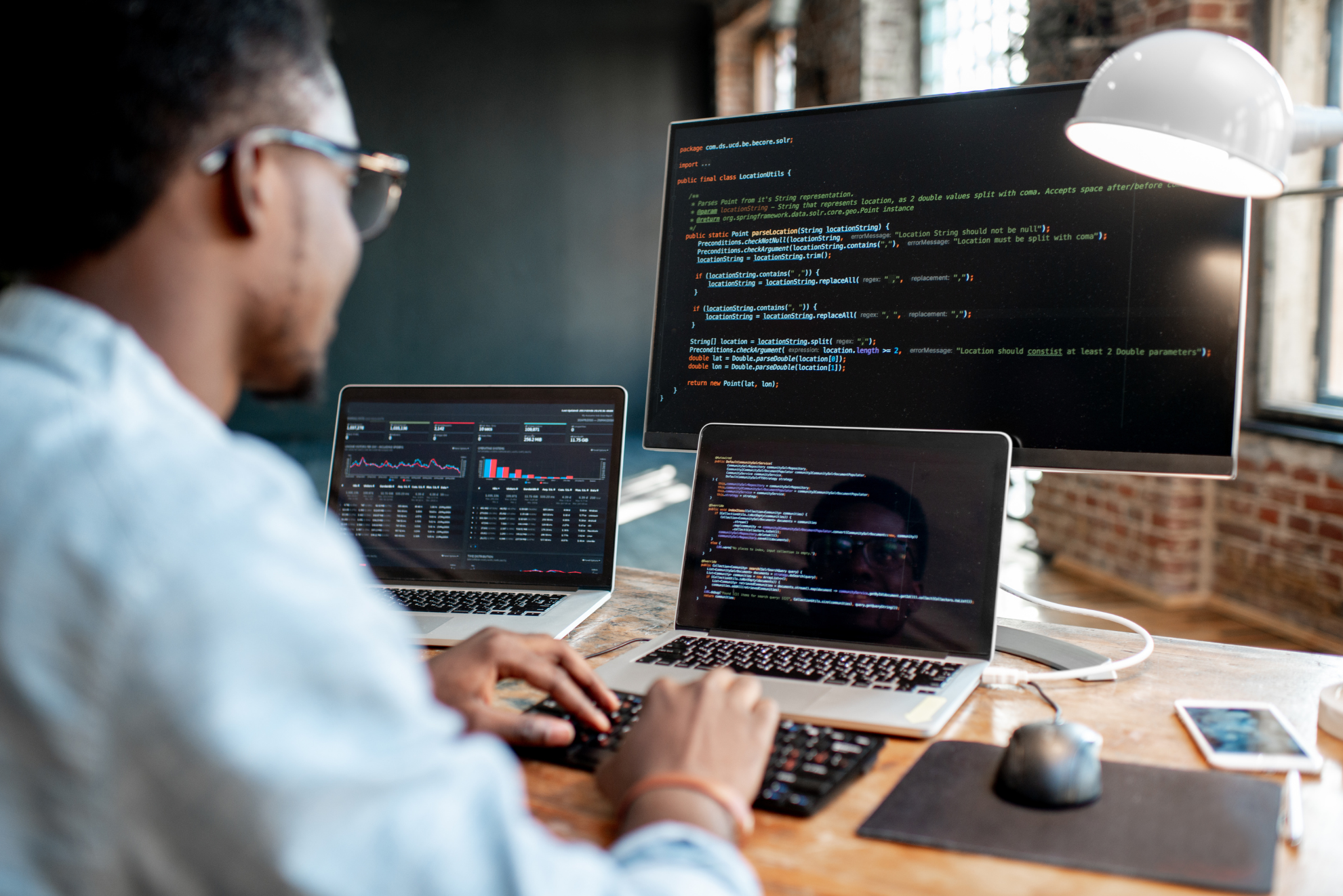 Cobots and other automation equipment rely on electronics to run logic controllers that govern movement, gather data from sensors, and store and recall paths and movements.


Connecting a robot to your local area network (LAN) or a VPN online allows for two-way data transmission to optimise operations. For example, remote access to a machine can push software upgrades, update control panel screens or add new capabilities for operators.

According to Qviro’s own data, the majority of cobot users, 78.9% prefer offline programming. It's particularly convenient for small-to-medium sized businesses.


As previously mentioned, cobots are known for its ease-to-use functionality, intelligent and hand-guiding teaching ability. Therefore cobots can be trained or ‘taught’ how to undertake a task simply by their human operator manipulating the arm. Essentially the human operator can adjust and modify a cobot’s movement through a teach pendant.

From then onwards, the cobot will be able to remember the steps and the potential end goal of what is required of the cobot. The cobot will then repeat those steps and optimise these steps to result in an increasingly better outcome. 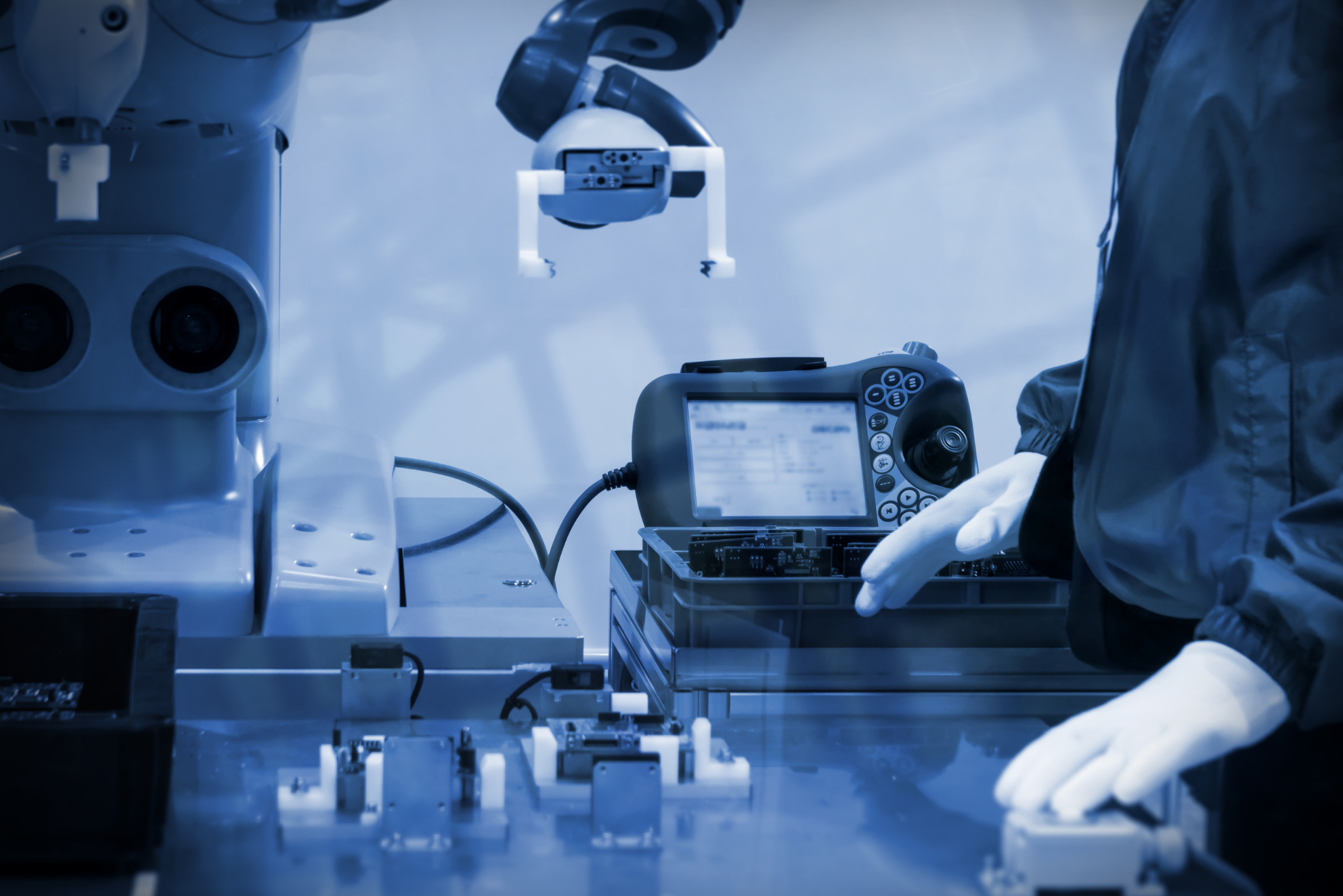 These some available offline programming options:

Teach Pendant is a relatively popular method of cobot programming. According to the British Automation and Robot Association, over 90% of robots are programmed using this method.

The robot teaching pendant has changed a lot throughout its lifetime, but often consists of, what looks like, a giant handheld calculator.

Early pendants were large, grey boxes with magnetic tape storage. The modern teach pendants are more like a touchscreen tablet, as the technology has developed to suit the ever evolving users.

To program the robot, the operator moves it from point-to-point, using the buttons on the pendant to move it around and save each position individually. When the whole program has been learned, the robot can play back the points at full speed.

It is relatively the easiest form of programming. It does not require a need to learn a coding language. Function Block Programming is a language outlined in the IEC 61131-3 standard.

It is a visual programming language that ties various instruction blocks together and allows them to execute a process based on conditional logic.

The advantages of function block diagrams are that they're very easy to follow and understand.

Function blocks are essentially blocks of code whereby a human operator manually moves an object from point A to point B. It is about teaching the points and locations for a cobot to recognise its own function in the manufacturing process. This process is often performed by utilising a joystick or a tablet.

From Qviro’s research, 90% cobot manufacturers offer this solution as a form of offline programming. In addition, this form of programming is also suitable for new cobot users which makes function blocks an accessible approach.

The overall fact is that it may be complex for a new user but it is plausible to implement a mix of both online and offline programming. It is a hybrid type of work that allows for a user to do basic structural programming offline such as the basic logics and then uploading it online.

From Qviro’s gathered data and shared information, it is reported that the least used type of programming for a cobot is python.

The ways of programming mentioned above are the most common types utilised by cobots users to this day.