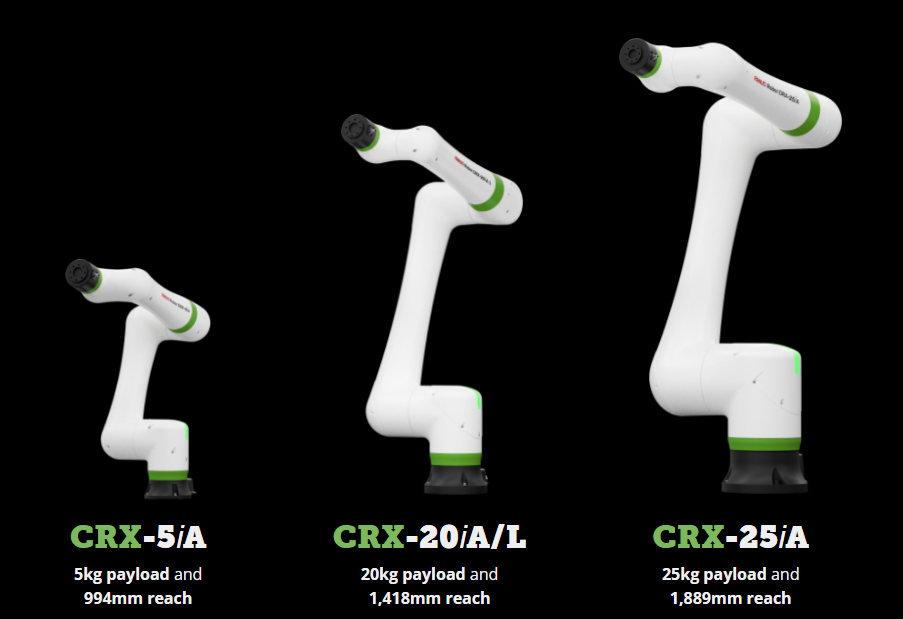 Fanuc’s mission was to provide customers with a complete and one-stop solution for automation. By providing customers with the industry’s best robotic vision products and service to help solve customer’s manufacturing challenges. Therefore from attending the launch of Fanuc’s CRX cobot series 2022 that here are some things to note down.

The importance and benefits of collaborative robots as demonstrated in the launch are listed below:

In the launch, Fanuc breaks down the range of collaborative robots in the CRX series:

Amongst these CRX cobot series, Fanuc has disclosed that their top features for this series are as follows:

Fanuc has indicated that the CRX series is compatible with an array of environments together with human counterparts. No sharp edges that makes it more human friendly and ergonomic.

Fanuc pointed out that they prioritized the ease of use capabilities of its CRX series.


First being the limited to no prolonged periods for installation. Secondly the ease of programming. As demonstrated by Fanuc, it is used by a standard tablet that comes along with the purchase of the collaborative robot. The process was demonstrated on this tablet with a drag-and-drop process.


As explained, the human counterpart simply has to move the collaborative robot by hand and drag icons on the tablet to the sequence which retains the movement for the cobot. This overall carries out the designated function.

The Quality of Documentation:

Quality of documentation means all content that is available to a cobot user to assist during setup, programming and the general use and maintenance of the cobot.


For all Fanuc products, it was explained that Fanuc hosts an array of instruction videos on its website. The content available to assist the cobot user is mainly accomplished over modules hailed as ‘E-learning’. It was stated there is an array of help offered by Fanuc themselves in helping their customers in understanding their cobots.

As demonstrated by Fanuc, the CRX cobot is lightweight, only weighing at 40kgs which makes the installation process smoother.


Fanuc also described its CRX cobots whereby it comes with camera applications, higher vision systems, force sensing technology that comes as a plug-and-play solution. Fanuc elaborated on the more sophisticated equipment such as its smart feeders. The smart feeders are used to separate parts before they are picked by the cobot itself.


Fanuc also mentioned the AGV, a mobile platform to place the CRX cobot model on.

The CRX cobots can already undertake the tasks of assembling, palletising, dispensing, welding and packing, but what is the newest addition?


Fanuc identified several examples, such as machine tending applications. Also known as the ‘unload the load’ applications. This means that components are either loaded into a machine or other process and also unloaded. Other applications include logistical applications such as quality inspection tasks.


There was an elaboration of a specific industry during the launch. Fanuc detailed the utilization of the CRX series in the food industry.


Whether working in humid greenhouse environments to refrigerated settings, the CRX series are up to the task.


Fanuc elaborated that the CRX series were painted with epoxy paint that allows for an easier cleaning process when it comes into contact with various materials. This is also in conjunction with the CRX series that is certified with IP67. This means that it is 100% protected against solid objects such as sand, dust and also tested to work half an hour whilst under 15cm to 1m of water.


From this product launch, there are many things to look forward to in respect to the future of cobots.